The Power of Self Destruction 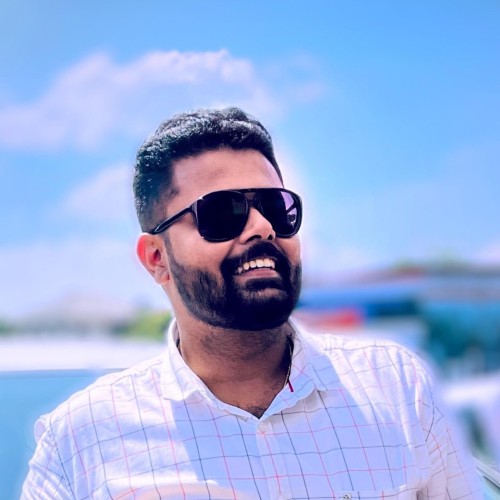 The Power of Self Destruction – Surely, there will be no one who might have not watched at least one film from the blockbuster film series Mission: Impossible. As the protagonist gets a message from his secret organization, soon after the content of the message is over “This tape will self-destruct in five seconds” ending the agent’s instruction. The idea conveyed by this scene was a fantasy during that time.

Is it necessary to have a self-destruct option? How does it affect the modus operandi? The entire idea of introducing self-destruct mode into the types of military machinery was to protect those from the enemy capture and its misuse. Moreover, it was used when there was no other way to keep it safe. The same scenario can be used to metaphorize in many fields of interests.

The Power of Self Destruction – In Homo sapiens

Do you believe that we humans are also having such a self-destruction facility? Let us examine. Have you ever felt depressed at some point where you felt like there is no way to make it right? And felt more depressed about it recurrently? Well, that might be the moment before the whole self-destruction process starts! It is rather doubtful that leaning on to such disparaging thoughts for more time can endanger you.

It is basic human nature to keep thinking about the joyful and sorrowful moments that you had. Moreover, our sad part/negativity will have more gravity over your thoughts, which may lead you to the ultimate depression. This hurts badly, can be life-threatening in severe cases. Since it will tear down our ability of precise decision making. It is quite natural to have sadness, misery, anguish, distress, or agony.

Most of the people feel such kind of emotions when they face any undesired conditions. Life is always intertwined with both good and bad, like the Yin-Yang. It should be balanced in both ways so that the equilibrium is maintained. Reminding ourselves about the catastrophic incidents can also deliver us potential willpower and strength to face greater problems. Seeing the “good” in “bad” is very desirable, that is what the Chinese symbol suggests. But holding on to the bad for a long time can be grim.

Man holding a glass of water in his stretched hands will feel his hand tiring after some time. His hand will begin to hurt if he continues. This is like the case of having sadness for a longer time, which will lead us to depression. Overthinking the same makes the situation much worse and aggravates this self-destructive behaviour. That ought to be the prominent reason behind the increasing trend of suicide attempts.

Life always comes with setbacks and that is normal. No one ever knows how to live a prosperous life throughout, as if there are no handbooks for life. It would have been easier to live if everyone were born with a ‘User Manual’ and ‘Instructions before use’. But what is the thrill in life if it is so? The unexpected twists and turns should be the one reason that makes us thrive to live further.

What makes a thriller movie more thrilling that it attracts the viewer? Have you ever wondered how a thriller movie would end up without suspense or twists in the plot? It would have been a cold movie without any kind of thrill to watch. Or we will not be categorizing such movies in the thriller genre. Similarly, lives are meant to have ups and downs, one must try to keep up with the pace.

There will be situations where it can be so annoying and drive one insane, then we should nerve ourselves for that. Instead, going deep into depression and anxiety can be self-maddening and people try to end their lives because of such short setbacks.

Living life with such depression would be just like swimming with a large millstone, hung around their neck. Thereby drowning him/herself into the depths of the sea. People having all the luxuries in life and seem to be successful whereas be so depressed that people around them won’t notice it. Then loneliness strikes them hard and people tend to end their life upon that. It is the final stage of depression with suicidal tendencies and the rest of them think like why are they doing such terrible things! Have you ever wondered what it feels to have such a condition? Gets frustrated!

“You are of no use, no one ever values you, you have no future ahead!!” says the voice inside your head repeatedly. A disoriented behaviour resulted from an order-less flow of Dopamine and Serotonin. The ones with a keen intellect can also be a victim of this. The next step will be to find a way to end this mental torture and probably hurting themselves or leading to their loss of life. Yet the odd fact is that people leading an extravagant are more prone to this. Some people even complain about such behaviour as a publicity stunt.

They are complaining about why he is still being alive even though he was saved somehow. Moreover, there are people who search the internet to find innovative ways to end their life. They do not even care for being alive. Some of them are following “Use and Throw” culture too.

Depression and Suicidal tendencies go hand in hand. Having such depression is not rare nowadays. It adversely affects your hunger, mood, and sleep cycle thereby give the feeling of self-uselessness. The depression mostly affects people who are subjected to drug abuse, suicidal happenings within family and relations, unexpected death of loved ones, people suffering from cancer, AIDS-like malignant disease, and convicted people.

Most likely these are the kind of people who choose such abrupt and stubborn decisions. For people who committed suicidal attempts in the past, chances are high when compared to normal people they are likely to succeed in it later.

You must realize that you are just one among the crowd who wish to do this to themselves. Share those feelings to someone closer, who can help you. You may feel that it is unnecessary to share your thoughts to a second person, but they might feel the urge of saving a life, instead of losing it. Even a dead clock is right twice a day. The thought for it, ways, and situations to commit suicide are the three elements for the triangle.

Out of these three, it will be difficult for someone to persuade the thought or reason for doing it, but he/she can mitigate the chances of the other two elements. Also, they can provide a good company to the victim. Instead of being alone, trying to engage in activities and hobbies can deviate the thought process.

After all, if such thoughts are still haunting you then it is advisable to consult a psychologist for counselling. Realize that it is not your fault, just a chemical rush inside your brain causes this. Go for the second thoughts, remember the ones who will be broken-hearted because of your erred deed. Rise! Instead of “Why me?”, say “Try me!!” when you face it.

If you find your friend, colleague, relative or even a stranger, showing signs of such suicidal behaviour, please be kind enough to spend some quality time with them. Nevertheless, get into intimate conversations with them, that is the only productive way to deviate their errant thoughts. Being prejudiced, thinking it is a covert act to get publicity or recognition can worsen the situation. Try to avoid commenting and teasing them since their mind can be fragile if something bad happens because of your scornful attempt, you will have to live the rest of your life with that grief.

The WHO estimates as in every 40 seconds someone is ending their life. Imagine how bad the situation is. Most of the smiling faces are crying out loud in their minds. When we lose the inner vision to see them, we should be ashamed of ourselves. Doctors are not the only ones who can save lives. We, ourselves are the protector and saviours of life. Have an open mind.

A word with love and compassion can save many!! After all, these are mind games and who knows, you and I will be a part of it!

To all those beautiful souls who did not have anyone by their side at their worst times.