The Queen’s Funeral – What Happens In The Next 10 Days?

The Queen’s Funeral – The reign of Her Royal Highness Elizabeth Alexandra Mary Windsor (Queen Elizabeth II), of the United Kingdom of Great Britain and Northern Ireland, and of her other realms and territories Queen, Head of the Commonwealth, Defender of the Faith has now become a history. The queen passed away peacefully at Balmoral castle on September 8, 2022. Here’s what will happen in the next 10 days as planned by “The Queen” herself.

Prior to the official announcement from Buckingham Palace, there was a “call cascade” in which the Prime Minister was personally informed by the Queen’s private secretary. The information was then forwarded to the Cabinet Secretary and Privy Council Office, which manages the government business on behalf of the monarch. The public only received the “formal notification” after that.

The royal family’s website was changed to a black holding page with a brief statement announcing the death, and flags at all of the royal homes, Whitehall, and other government buildings were lowered to half-mast at that point. Additionally, a black banner was displayed on government websites.

The first official government spokesperson was the Prime Minister, Liz Truss. The formal death announcement was fixed to the railings at Buckingham Palace as per tradition. In the evening, the bells of Westminster Abbey and St. Paul’s Cathedral were rung. A national minute of silence was observed, and ceremonial gun salutes were fired at Hyde Park and at Tower Hill.

Prince Charles became the King of England and chose the name, King Charles III. HRH has arrived at Buckingham Palace today afternoon and will address the nation as King for the first time. Later on, he will meet with Earl Marshall to discuss the specifics of the state funeral, which is scheduled to take place in ten days, and to obtain formal approval for the entire funeral schedule as planned by the Queen. This evening, King Charles III will make a broadcast to the whole country and the Commonwealth.

The major proclamation of the new king will be read out in public from the balcony of St James’s Palace, and the Accession Council, which is composed of senior government officials and privy counselors, will convene there at 10 a.m. In the City of London’s Royal Exchange, another proclamation will be read. The new king will meet with the prime minister and cabinet, the opposition leader, the Archbishop of Canterbury, and the Dean of Westminster in the afternoon.

Parliament will hold a memorial service. For the Accession Council, flags will fly at full mast for 24 hours before lowering to half-mast once more until the day following the funeral.

From Balmoral, the coffin will travel by road to the Palace of Holyroodhouse. At noon, proclamations will be made simultaneously in Edinburgh, Cardiff, and Belfast in the devolved nations. Parliamentary homages are expected to continue.

Members of the royal family attend a ceremony at St. Giles’ Cathedral after a ceremonial march along the Royal Mile from Holyrood. After the ceremony, St. Giles’ Cathedral is accessible to the public for 24 hours during a period of lying in repose—not in the state, as that occurs in London—instead.

King Charles III will visit the Palace of Westminster to accept a motion of sympathy, according to the Operation London Bridge designs. He will then fly to Edinburgh and attend the Ceremonial of the Keys at the Palace of Holyroodhouse in his first official act as the King, which will be followed by a liturgy at St. Giles’ Cathedral. The first minister of Scotland will meet with him for the first time, and he will also receive a motion of condolence at the Scottish parliament.

The coffin will be transported to Edinburgh Waverley station in the late evening when it will board the Royal Train overnight and travel to St. Pancras station in London the following morning.

King Charles III will fly to Northern Ireland for the memorial ceremony of Queen Elizabeth II at St. Anne’s Cathedral in Belfast and receive a condolence message from Hillsborough Castle. The procession of the late Queen’s casket from Buckingham Palace to Westminster Hall will be practised. During a public rehearsal for the Queen Mother’s burial in 2002, guardsmen march down the Mall. The arrangements for the Queen’s funeral will be identical.

The casket is expected to arrive at Buckingham Palace a few hours prior to the significant ceremony scheduled for that day in London. The late Queen’s casket will be carried from Buckingham Palace to Westminster Hall to begin the start of five days lying-in-state as the first major ceremonial function before to the funeral. The coffin is anticipated to be transported on a gun carriage.

The public is invited to pay respects during the lying-in-state. In the center of Westminster Hall, which will be accessible to the public for 23 hours each day, the coffin will be placed on a catafalque.

Following a liturgy at Cardiff’s Llandaff Cathedral, King Charles III will visit the Welsh Parliament, The Senedd and accept a motion of condolence. He will meet with the first minister of Wales. Detachments from the Commonwealth will start to arrive in London.

Prime ministers and governors general from the countries are anticipated to attend King Charles III’s coronation.

King Charles III will extend an invitation to visit for royal families from other countries the night before the funeral. VIP foreign visitors are anticipated at the lying-in-state.

Westminster Abbey will host the state funeral. From Westminster Hall, the coffin will be carried in a procession to the Abbey. Nationwide, there will be two minutes of silence. A sizable ceremonial parade will follow the coffin to Hyde Park following the one-hour service when it will change from a gun carriage to a state hearse and be driven to Windsor. The coffin will be lowered into the royal vault after a committal service performed at St. George’s Chapel, Windsor Castle, after a parade through Windsor.

A private interment service with senior members of the Royal family will take place later that evening. The King George VI memorial chapel, a wing of the main chapel where her parents and sister Princess Margaret’s ashes were interred, will serve as the Queen’s last resting place. Prince Philip, Duke of Edinburgh’s coffin will move from the Royal Vault to the memorial chapel to join the Queen’s.

Subscribe and Stay tuned to JUST A LIBRARY for more updates. 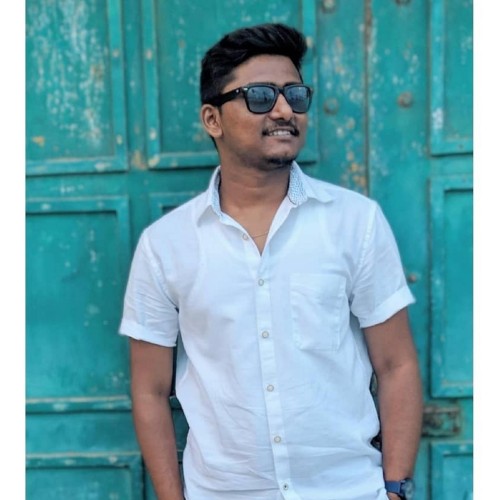 Previous article
What is Monkeypox? Is Monkeypox Dangerous? – Causes and Symptoms
Next article
RESPECT – One of the Things Super Rich People Can’t Buy