Twitter Acquisition – Elon Musk is the most celebrated and criticised entrepreneur. The wealthiest man in the world made the internet go crazy when he announced that he’s buying the social media platform “Twitter”. Elon has always been an advocate of improving and evolving human civilisation and that intention has led him to buy Twitter. This article will take you through the entire Elon Musk’s twitter acquisition journey from where it all started till where we are now.

Everything was going smooth post pandemic and fast forward in 2022, Elon Musk started eyeing on Twitter as he wanted to make the platform a place for free speech and from hatred and divided society. On 31st January 2022, Musk began purchasing Twitter shares.

Days later, he discussed the future of social media with Twitter co-founder and former CEO Jack Dorsey, and he discussed joining Twitter’s board of directors with Silver Lake co-CEO Egon Durban. He pitched the idea to Twitter board chair Bret Taylor and CEO Parag Agrawal, proposing either taking the company private or launching a competing social media platform. Dorsey responded by texting Musk that he hoped Twitter could become open-sourced and that he had unsuccessfully pushed for Musk’s induction into Twitter’s board a year prior, which prompted his departure as CEO.

On 4th April, Elon announced that he has acquired 9.2% of Twitter’s stock for $2.64 billion, with 73,486,938 shares of the social media platform making him the company’s largest shareholder. The following day, Twitter invited Musk to join its board of directors, which Musk accepted. Musk called Dorsey (Founder and CEO of Twitter ) the next day, and declined the offer to stay on the board.

On April 11, before Musk’s nomination was to take effect, Musk changed his decision to join the board after sending multiple tweets critical of the firm, alerting the board of his plan to submit an offer to privatise Twitter.

On April 12, Twitter’s board met with lawyers and financial advisors to discuss the implications of such a deal and their options, while company shareholder Marc Bain Rasella filed a lawsuit against Musk for allegedly manipulating the company’s stock price and violating Securities and Exchange Commission (SEC) rules.

On 14th April, Musk made an unsolicited and non-binding bid to buy the firm for $44 billion, or $54.20 per share, and take it private.

On 20th April, Musk disclosed he had secured funds from various sources, including banks and venture capitalists. The funding consisted of $7 billion of senior secured bank loans, $6 billion in subordinated debt, $6.25 billion in bank loans provided to Musk personally, secured by $62.5 billion in Tesla stock, $20 billion in cash equity from Musk, to be provided by sales of Tesla stock and other assets, and $7.1 billion in equity from 19 independent investors.

Twitter shares rose 5% on 25th April morning, following reports that the company was about to accept Musk’s offer. Twitter’s financial advisors, Goldman Sachs and JPMorgan Chase, both approved of the transaction.

On 25th April, Twitter’s board publicly and unanimously accepted the $44 billion buyout offer, and Twitter was to become a private company once the transaction was completed sometime in 2022.

Musk stated that his first plan is to open-source the algorithm that ranks tweets in the content feed to increase transparency. He has also stated his intention to eliminate spam bots and “authenticate all genuine humans.” Musk also added that his purchase of Twitter was part of his goal to create a “everything app” called X that will provide a variety of services.

Musk wrote in a statement attached to the tweet. “The reason I acquired Twitter is because it is important to the future of civilisation to have a common digital town square, where a wide range of beliefs can be debated in a healthy manner, without resorting to violence.

In his latest tweet, Musk set out some of his goals for the company, saying that Twitter must be “warm and welcoming for all”.

On 8th July, Musk declared his intention to terminate the proposed acquisition, stating in a regulatory filing that Twitter was in “material breach” of many elements of the agreement by refusing to comply with Musk’s requests for spambot account data and firing high-ranking workers.

On 3rd October, Musk’s legal team informed Twitter that Musk had changed his mind and chosen to proceed with his planned acquisition at the initially agreed-upon price of $54.20 per share, on the condition that Twitter dismiss its lawsuit. The reason for this reversal was attributed to Musk’s team’s concerns that they would not be able to demonstrate a material adverse effect justifying a breach of contract.

In accordance with Musk’s pledge to take the company private, Twitter shares ceased trading the next day, and the company’s stock ticker was delisted from the New York Stock Exchange (NYSE). Musk also announced the formation of a “content moderation council” composed of diverse perspectives to determine how the platform would handle free speech, as well as a moratorium on “major content decisions or account reinstatements” until that time.

He previously stated his intention to end lifetime account suspensions and unban those who have been suspended for “minor [or] dubious reasons.” Later, he expressed interest in Twitter users’ suggestions to divide the platform into “strands” or to allow users to choose different versions of Twitter, similar to movie ratings.

Everyone knows what Elon Musk is capable of. He has proved himself by building successful businesses from impossible ideas for improving human lives and he’ll repeat the same with Twitter. Let’s wait and watch.

But it looks like that it is just the bird got freed. Yes, I am talking about the Twitter employees here. It looks like they are getting freed as well. It seems almost half of the Twitter workforce will be laid off today (04/11/22). The reason for the layoffs is to avoid the massive workforce costs as Musk has directed the Twitter team’s to find $1 billion in annual infrastructure and cost savings (source – Reuters).

What are your thoughts on Elon Musk’s twitter acquisition? Let us know in the comments below. Do read other articles related to Elon Musk here.

Check out our articles from various categories, and don’t forget to subscribe to Just A Library. I’ll see you in the next post. Take care until then!! 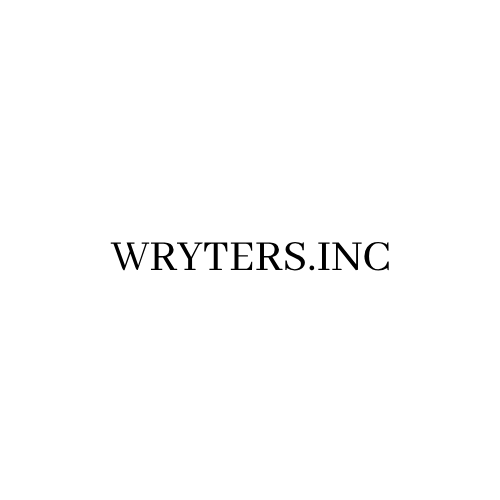 Wryters
We can help you with writing support from our end. Let us help you with contents. How about we speak and let us know each other better for a smooth working.

Top Trends of The Future of Payments Systems